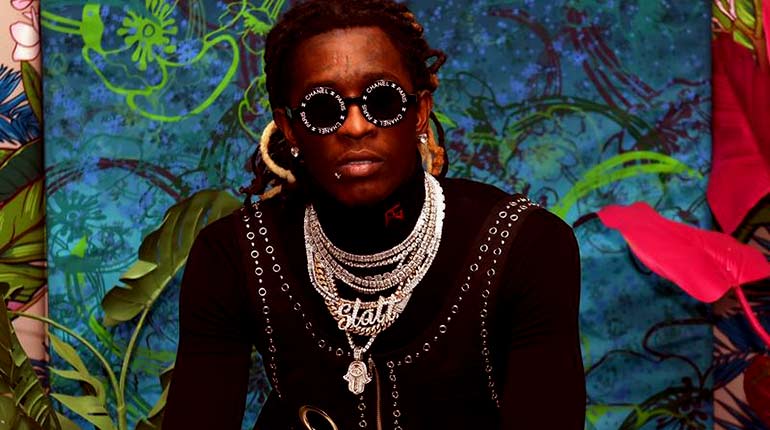 American Hip Hop Artist Jeffrey Williams is popularly known as Young Thug. He is a fantastic rapper, singer, songwriter and record producer; at least that’s what the books say about him. However, when you get to know him, you’ll learn that he doesn’t write his songs but instead freestyles, and improvises through live recordings. Some may describe his style as weird or bizarre, but it gets the job done. After all, it has been the source of livelihood for the rapper for a while now. That said, let’s dive into Young Thug’s career and net worth.

Who is Young Thug? His Career Info.

The rapper was born as Jeffery Lamar Williams as the second last born in a family of 11 kids. He got raised in a drug-ridden street with turf gang violence up in Atlanta. As a result, the city molded him into being tough young lad, forcing him to drop out of school and deal drugs. There was even a four-year gap when he got sent to juvenile prison for breaking a teacher’s arm. Nevertheless, Jeffrey William’s career didn’t pick up as he hoped it would when he released several mixtapes between 2010 and 2012. However, they say the third time’s the charm, and the rapper caught the eye of famed artist, Gucci Mane who gave him a record label deal with 1017 Brick Squad Records. 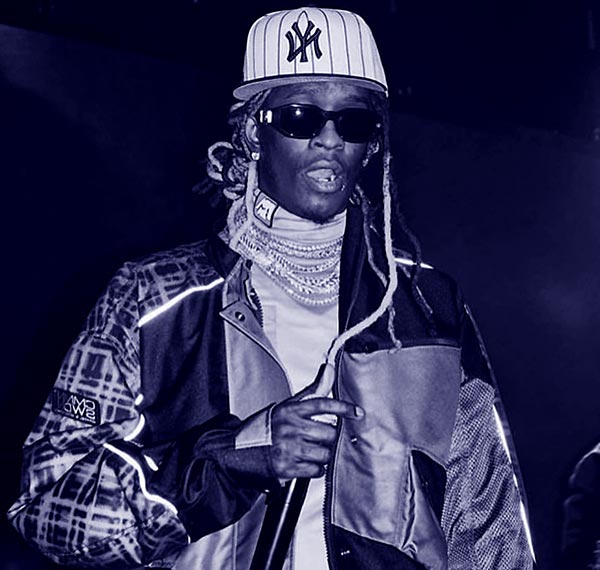 Young Thug went on to release his fourth studio album which caught the attention of many music lovers with a sense of his experimental rap style. Pretty soon, Jeffrey Williams was all over as a featured artist, collaborating with A-list musicians and producing songs with Metro Boomin, Kanye West, Rich Homie Quan and many more. The mixtapes set him up for even more record deals with YSL, 300, Cash Money and Atlantic records. These saw Jeffrey’s net worth grow through the management and distribution of the rapper’s music into the celebrated artist we know today.

Up to this day, Young Thug still doesn’t have a studio album. Instead, he has a total of sixteen mixtapes, three Extended Plays and 15 singles. Some of his best performing mixtapes include Super Slimey, Slime Season 3, Jeffery, I’m Up and Beautiful Thugger Girls. Some of Jeffrey William’s best tracks include Best Friend, Pick Up the Phone, Danny Glover and Stoner which incited a couple of remixes.

However, his most highly acclaimed song was in collaboration with Pop singer, Camilla Cabello in their hit, Havana. The song got them riding on seven times platinum certification after riding on the Charts at position one for a couple of weeks. The song also won Jeffrey Williams awards like Best Collaboration, Video and Favorite Pop Song of the Year by the American Music Awards and Video of the Year by MTV Video Music Awards. In the recently conducted Grammys of 2019, the rapper walked away with the Song of the Year Award for his music; This Is America by Childish Gambino

The rapper, Young Thug’s wealth all comes down to his commercial mixtapes, world tours, and live performances which on most occasions sell out as soon as they open. For all his contribution towards the Hip Hop, Jeffrey Williams’ net worth is approximately $3 million. 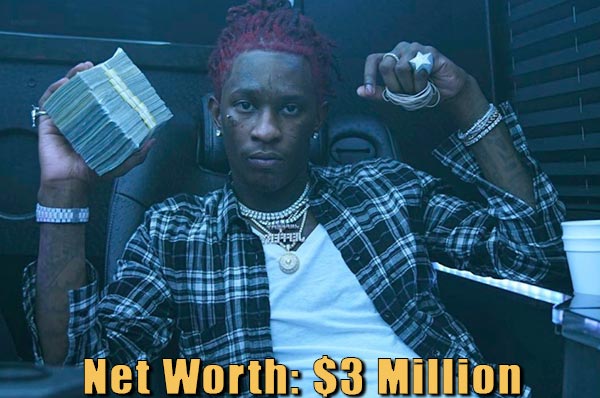 Other avenues that the rapper builds his net worth from are brand endorsements and advertisements. Young Thug doesn’t believe in gender-based stereotypes and rocks, both male and female outfits. That makes him more eligible for marketing brands such as Calvin Klein by making bold fashion statements.

Speaking of statements, Jeffrey Williams AKA Young Thug bought exotic cars for all his ten siblings on top of his fleet. He owns a Chevrolet Corvette Sting Ray, Bentley Continental as well as other brands like the Porsche, Ferrari, and Audi. 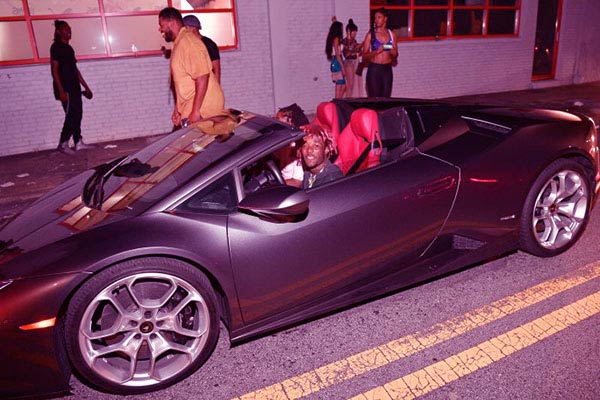 Young Thug with his car

Luckily for Jeffrey Williams, his 11,000 square-feet home with six bedrooms and 11 bathrooms houses a four-car garage for some of his expensive cars. Sources have it that he bought the place at Buckhead, Atlanta for $2.4 million