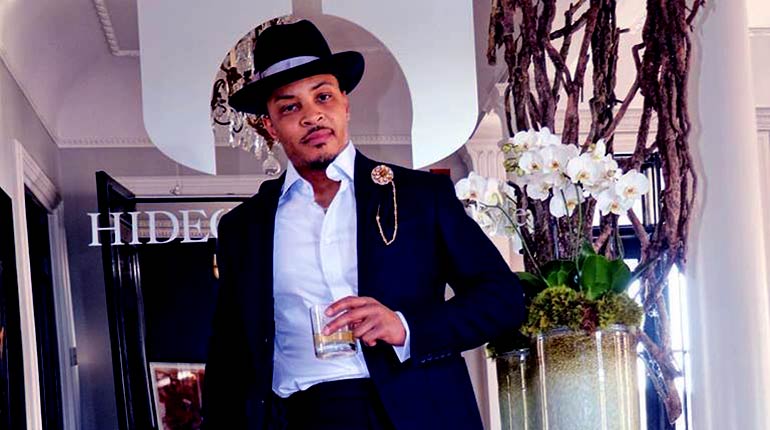 Atlanta based rapper Clifford Joseph Harris Jr. or better known as T.I. Has undergone numerous transformations ever since he began his career. He started rapping under the pseudo name ‘Rubber Band Man’ then went with ‘TIP’ before settling on T.I. The artist also supplemented his rapping career by tinkering with record producing, acting, and writing. From his professions, the rapper managed to hustle up a commendable lifestyle culminating from his net worth. That said, here’s how Clifford Harris made his financial success.

Who is Clifford Joseph Harris Jr.? (T.I.) His Career Info.

After dropping out of High School, T.I. Had a lot of time on his hands to dedicate to his passion. His first record deal was with Ghet-O-Vision Entertainment.

However, the rapper’s first music release came in 2001 under the label Arista Records that saw the distribution of his debut album; I’m Serious.

The album did not perform as expected which followed the termination of his contract with Arista Records. Clifford Harris rose to become his own boss by forming his label called Grand Hustle Entertainment. 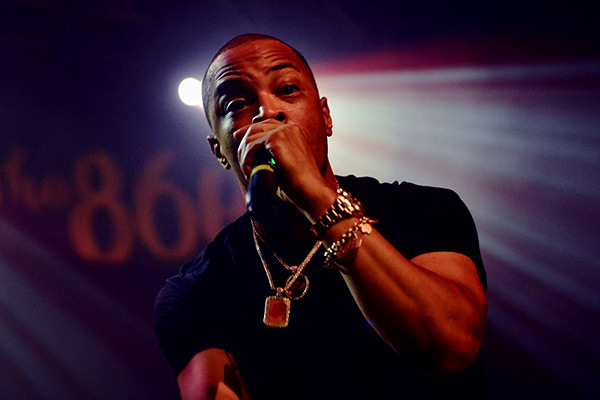 T.I released a couple of mixtapes with the help of DJ Drama which prompted another record deal with Atlantic Records. In the year 2001, he teamed up with some of his friends, Big Kuntry King, Mac Booney and C-Rod to form the group P$C (Pimp $quad Click). However, their first studio album got released on September 2005.

T.I.’s net worth could have been subdued following his incarceration for 11 months for drug and illegal weapons possession. Clifford Harris released the album No Mercy which became one of his best-selling records to date.

The rapper, Clifford Harris has managed to catch a total of 64 Awards including three Grammys in 2007 and 2009. He has ten studio albums, one compilation album, and 13 mixtapes that have landed him several nominations at the Billboard Music Awards, and BET Hip Hop Awards. These accolades propelled T.I’s name even further to fame which in turn reflected well on his net worth.

Some of Clifford T.I Harris’ best work includes the tracks, Whatever You Like, Live Your Life featuring Rihanna, Dead and Gone featuring Justin Timberlake. Others are I’m a Flirt featuring R.Kelly and Blurred Lines, featuring Robin Thicke and Pharrell Williams. He has also been inspirational in the forefront of promoting the subgenre Trap music. On a different note, the rapper has done a bit of acting as well in films like Ant-Man and its sequel, Takers, Identity Thief, Get Hard and Entourage. Back in 2017, T.I got nominated for Outstanding supporting actor in the TV series, Roots.

When he’s not too busy in the studio with new music or acting in a new film, the rapper is always up to something constructive. His money-making tastes consist of businesses of the exotic variety with the likes of a strip club in Atlanta and a night club in Bankhead Atlanta. 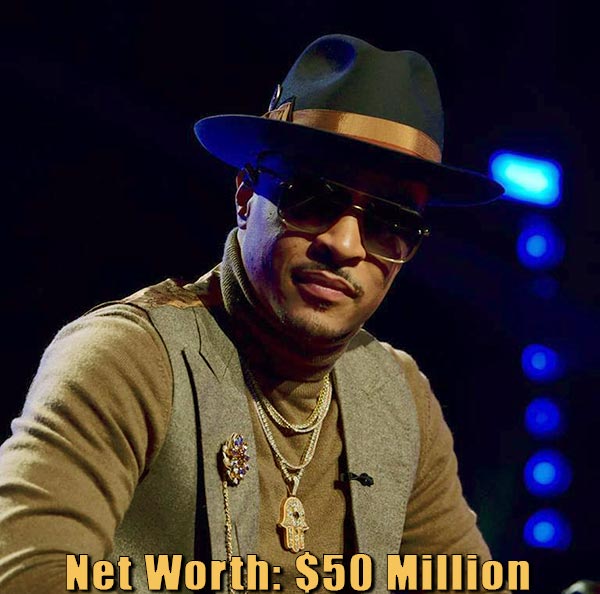 He also has a clothing line called A King Of Oneself abbreviated as A.K.O.O. As well as several brand endorsement deals. Moreover, the rapper also invested in Tidal, the music streaming platform and an app called Yopima. With all that in the bank, T.I.’s current net worth is $50 million.

In as much as Clifford Harris makes a lot of money, he also had a bit of trouble with the law back in 2015 for tax evasion. This venture saw some of T.I’s priced possessions leaked to the public. Like his mansion in Champions Park, Atlanta worth over $4 million. The place has five bedrooms, four and a half bathrooms a large swimming pool and a garage that houses most of his fancy cars. 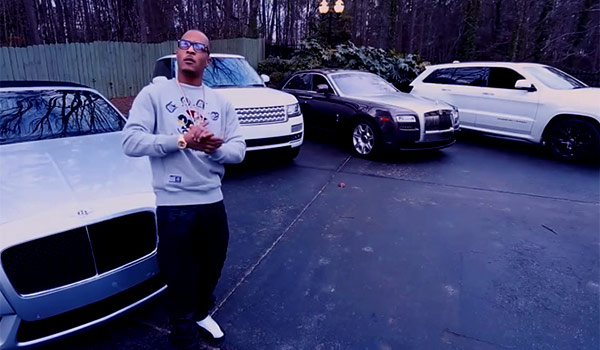 They include the Ferrari 599 GTB, Dodge Challenger, Rolls Royce Ghost, Range Rover, Jeep Grand Cherokee SRT. He owns a 1987 Oldsmobile Cutlass Supreme which Clifford Harris bought as a teenager at the age of 14. All in all, it’s no wonder that T.I’s net worth is valued that high considering the fleet he rolls in.