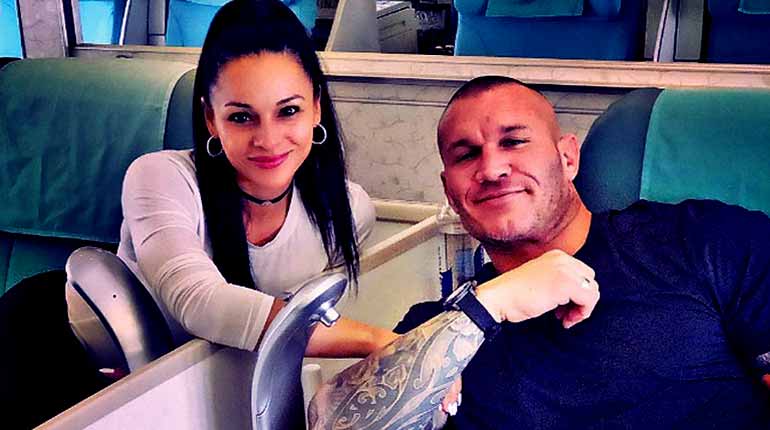 WWE sports entertainers tour the world quite a lot. As such, finding love and maintaining a relationship outside their work area can become a challenge. Most wrestlers, therefore, date and marry their WWE counterparts and Divas. However, Randall Keith Orton, who has been in the business for over a decade, seemed to have taken a challenge and married a non-wrestler. Here is a detailed look at Randy Orton’s wife, Kim Marie Kessler, including her age, wiki-bio, and net worth.

The two are a match made in heaven. They share the same birthday and are both divorcees from their previous failed marriages. Before they started dating, Kim Marie Kessler was already a fan of WWE and more so of Randy before they even started dating. She considered him her boyfriend before she met him. Orton’s first encounter with her was normal, something he had with most of his fans. 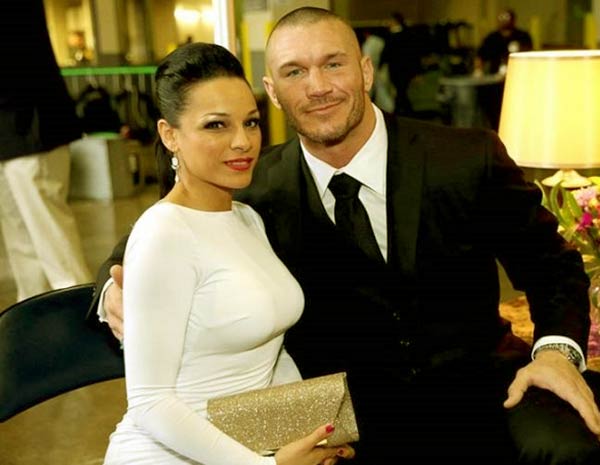 Randy proposed to Kim Kessler while on vacation in Bora Bora in July 2015, and they tied the knot together four months later. The couple was blessed with a daughter named Brooklyn Rose Orton born on November 22nd, 2016. 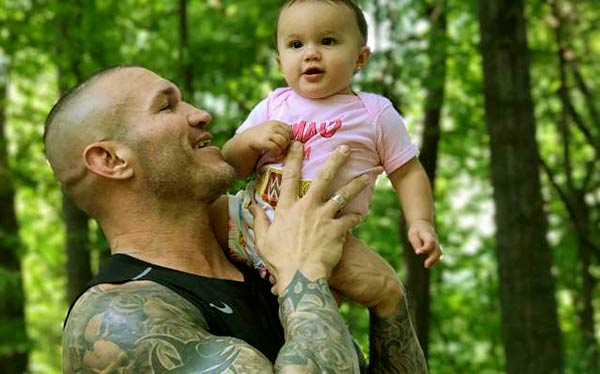 Randy Orton and wife Kim Marie Kessler have so far lived happily in peace with no news about conflict or separation. The couple had matching tattoos: Kim Marie-Kessler has it on her collar born while the wrestler has the same on his rib area.

Kim Marie Kessler wasn’t always famous before she started dating her husband. As such, there is little information about Orton’s wife and zero-knowledge concerning her net worth. Her place of work is unknown, nor is her source of income.
Her career is also not known.

Fans can only speculate what it is she does. We do know she is a mother of five, including Randy’s daughter. However, it’s worth mentioning her husband’s net worth. The 13-time World Champion has a bank value of over $15.5 million with a couple of mansions in their possession. 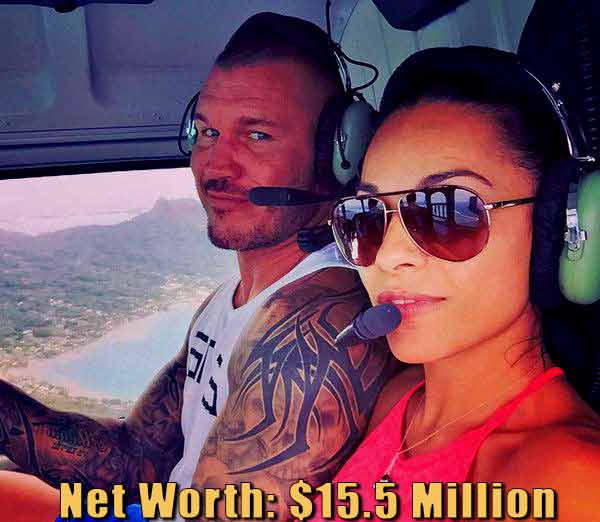 The WWE superstar Randy Orton was once married to a make-up artist, businesswoman and former gym instructor, Samantha Speno. The two met at a bar in 2005 and got engaged after a few months.

Their engagement lasted two whole years with the previous couple tying the knot on September 2007. A year later on July 12th, the couple welcomed their first daughter Alanna Marie Orton. 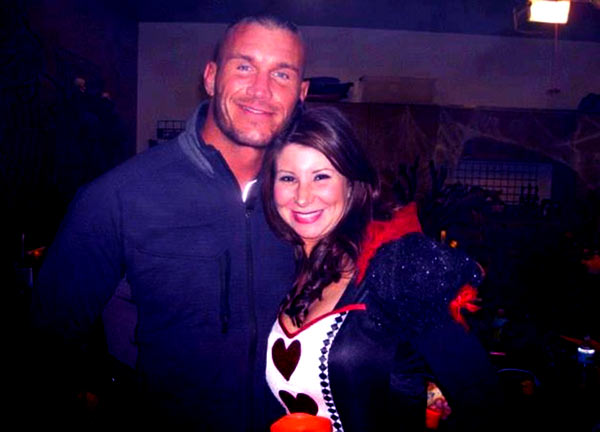 Not all is well that ends well. Trouble came knocking in paradise six years after their marriage and Samantha filed for a divorce in 2013 after being separated for over a year.

Randy parted with $4500 as child support and a million-dollar mansion as a settlement. The ex-couple still keeps in touch while raising the daughter.

On the other hand, Randy’s current wife, Kim Marie Kessler has taken her marriage vows twice.

For reasons unknown, the couple got divorced after having three boys together. She is a secretive person and doesn’t like the public eye on her past. The only way to know about her would be to hire a private investigator

Kim Marie Kessler was born and raised in the USA. She is all American, according to Wikipedia. Information regarding her early education or her schools, in general, is entirely off books.

On the same note, details of her parentage are also missing or instead she’s chosen complete privacy. As such, it’s next to impossible to determine her ethnicity and origins. However, we do know that she shares her birthday with Randy on April fool’s day. Her year of birth is still a mystery, also making it difficult to determine her age.

She used to live in New York where she met the wrestler and her pretty much changed from then.

Randy Orton’s wife is probably the most secretive WWE spouse. Kim Marie Kessler only lets in the media on what she wants to be known.

She is overprotective of her husband and has been rumored to have deleted some of her husband’s fan mails. Overall, she couldn’t be happier with him.